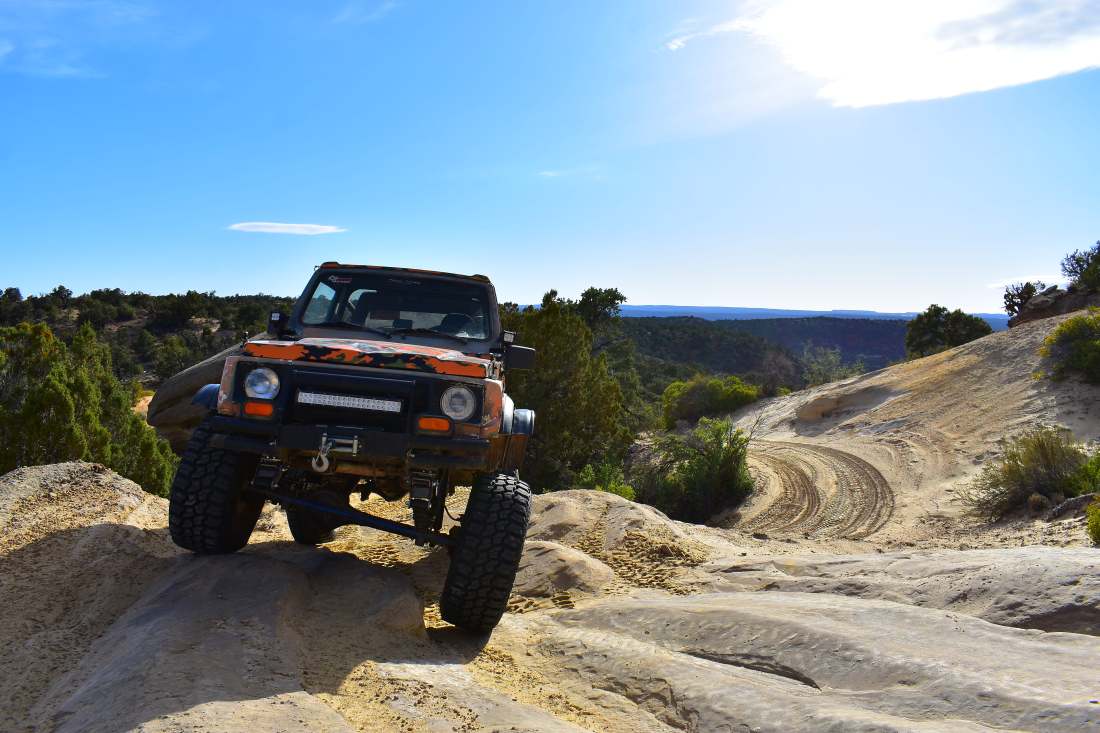 Dear Recreator,
I do not want to be responsible for your injury/death when you come flying around a corner in the middle of the road and are surprised that someone else could be out on the same roads as you as you meet my steel bumper head-on.
Yesterday I took the “scenic route” home after work. Immediately, not even a half mile up the small sandy road, I nearly had a head-on with a four wheeler and then 100 yards later a side-by-side nearly went off the side of a wash in an attempt to avoid a collision with me. Finally, coming down off of the mesa nearing my home another side-by-side scrambled at the wheel and locked up the brakes as he veered wildly to his side of the road.
Each time this crazy look of surprise in their eyes at the sight of a vehicle coming the other direction. Although I’m hugging my side of the road as I enter the corner, these roads are only so wide and that only works to avoid a collision if the oncoming traffic takes the same precautions. This is becoming a more common occurrence as I hit the back roads around my home-town.  Why does it surprise you that there might be someone else on those roads? It’s not your private playground. It is public land and a popular recreational area!
SLOW DOWN and stay on your side of the road when you go around a corner. It’s common backroad etiquette. I get the thrill of acceleration. Ask anyone that knows me and they’ll tell you that drifting around a corner gets my blood pumping. But think ahead and realize that if you can’t see what’s on the other side of that corner ahead of you, that means the rig coming the other way isn’t prepared for you either.
Oh, and another thing: those signs that say “NO VEHICLES” posted in the middle of an abandoned section of trail MEANS YOU TOO! It doesn’t mean that if you can fit around it you can still drive it. STAY ON THE DESIGNATED ROADS!
This is my public lands and I’m willing to share it with you. But the more nonsense you enable equals more and more routes shut down to play on.  If you aren’t apart of the problem, let’s educate those that are.
BE SMART AND BE SAFE!
Sincerely, #BossDad Adventure Guide

One thought on “Dear Recreator,”